The new book in the Oxford Tearoom Mysteries is here! 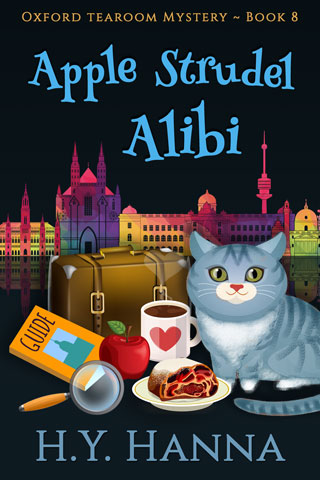 (* Traditional apple strudel recipe included at the end of the story!)

I’ve been so busy with preparing to publish that I haven’t had time to set up my special “Vienna giveaway”, to celebrate the launch of APPLE STRUDEL ALIBI – but it’s coming! Keep an eye on the blog for details of the giveaway…