Blog reboot - and a little about me! 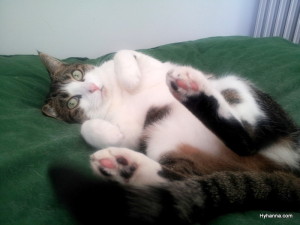 Well, after a long hiatus, I thought it might be good to restart my blog again – as a place to share some behind-the-scenes stuff about my books, answers to reader questions, fun things I’ve done & places I’ve been – oh, and some cute pet photos too, of course! 🙂

My first name is Hsin-Yi (pronounced “Sin-Yee” or “Sinny” if you say it really quickly), which roughly translates to “Heart’s Wishes” in English. The Chinese believe that the name you bestow on a child will determine their fortune in life, so my name was chosen so that “all my heart’s wishes would come true”. (Sometimes, though, I can’t help wishing that my parents had just named me “Lottery Winner”. I mean, why be coy about it, right? 😉 ) 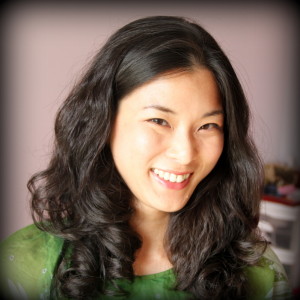 I (along with a million plastic products and computer parts) have the honour of being “Made in Taiwan” – a little tropical island off the coast of China – but I grew up mostly in “the West”. My family moved around a LOT and by the time I was 10, I had lived in 5 countries, changed my first language to English – and had a serious nationality identity crisis!

My accent is a bit funny too: since I lived and went to school in both the U.K. (London) and the U.S. (New Jersey), I’ve ended up with a bit of a mixed-up accent and some words I say the American way (“to-may-to”), and some words I say the British way (“wohter”). Add in the fact that I spent my teenage years in the United Arab Emirates where I went to an international school and picked up a bit of French (as well as the ability to swear in Arabic like a trooper!) – and then emigrated Down Under with my husband, where we’ve both absorbed some Aussie slang (“no worries, mate!”)… and things can get a bit confusing when I open my mouth.

Actually, that’s probably because I talk awfully fast. I do everything fast. I’ve been told that I’m a typical Aries: emotional, impatient and bossy… and I never give up once I’ve set my mind to something; I can’t resist a challenge and I add chilies to everything I eat. Oh, and I love animals (yes, even snakes & spiders, although I do draw the line at cockroaches)… 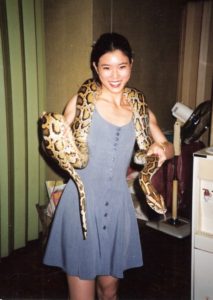 …and of course, I LOVE reading. I’m an obsessive chain-reader. Books are my drug.

I used to feel a bit embarrassed when I listened to other people talk about how they always knew they wanted to be a doctor or a teacher or a astronaut when they grew up. Me? All I ever wanted to be was Nancy Drew… (and a lot of that was because she had “titian” hair. 😉 ). Still, I have to admit – I’m incredibly lucky because I have grown up to live my dream. Well, OK, I’m not actually going around solving mysteries – but I’m writing them, which turns out to be so much cooler! 🙂

Yup, after trying several different career paths, I’ve finally achieved what I always dreamed of: to become a published author.

But wait – if you were hoping to get juicy gossip about my glamorous author life, you’re out of luck. See, being a writer pretty much means that I spend all day – alone – in my pyjamas, having an unhealthy relationship with my computer, and the most exciting event in my work day is when the neighbours go out to hang their washing. 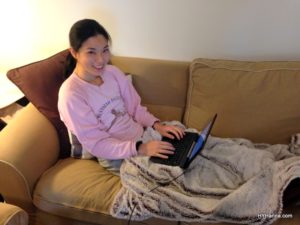 The glamorous life of an author…

I write under the pen name: “H.Y. Hanna” – and you can check out some of my books on the Homepage (or head over to the Books page for the full list & reading order). I write mostly mysteries (although I have dabbled in a few other genres) – and in particular, I am currently focusing on “cozy mysteries”, which are fun, light-hearted mysteries with quirky characters in a quaint setting, with a lot of humour, a dash of romance – and of course, delicious “whodunnit” for you to get your teeth into!

I love all ten cozy books in the Oxford tea room series and have just started the chocolate series…I am 44 and avid reader of horror, scifi, fantasy, and many cozy series even the catering mysteries…I love these wonderful lighthearted books…I also read histories and science educational books for fun…actually had to break away for all the cozy tea room books …I am so glad I found your books. They are truly amazing and quite a lot of fun. I actually listened to them all on audible as I am an over the road trucker (lorry driver) in the states. Along with my kitty Taylor (she is 15 and a trucker kitty at heart) and my codrver James. Keep on writing and I will keep on buying and reading these wonderful books..!!! You are absolutely amazing author. Thank you for the wonderful books! Violet Beci (Bay-see) Bejul (Bay-yool) Johnson